by Abubakari Sherifdeen
in Sports
0

Chelsea have bizarrely included a surprise face in their latest Premier League squad – with Petr Cech being named despite the legendary stopper having retired last year. 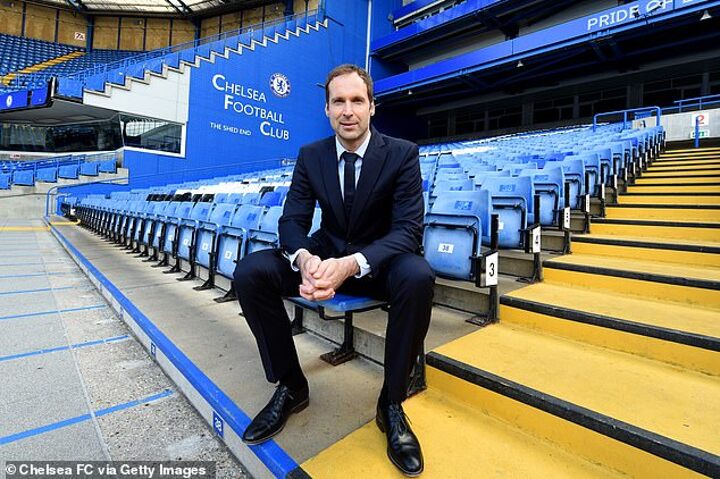 The 38-year-old, now a technical advisor at the club, may make an unlikely return to the field after being drafted in as emergency cover.

Cech spent 11 years with Chelsea, winning four Premier League titles, and stepped away from the game in 2019 following his spell with Arsenal.

A statement from the club said: ‘Petr Cech has been included in the squad as emergency goalkeeper cover.

‘This is a precautionary step due to the unprecedented conditions currently caused by the Covid-19 crisis.

‘He takes up a position as a non-contract player.’

Cech has worked alongside club director Marina Granovskaia since his retirement and is also understood to have helped broker Edouard Mendy’s arrival this summer.

The ex-Czech Republic international was included as the fourth goalkeeper in Chelsea’s 21-man group.

Mendy has established himself as the first choice despite penning his deal just a matter of weeks ago, with the much-maligned Kepa Arrizabalaga and Willy Caballero providing the competition.

#EndSARS: My heart is broken for Nigeria – Rihanna

#EndSARS: My heart is broken for Nigeria – Rihanna