Adwoa Safo sacked from her role as Gender Minister

by Saeed Fatawu
in Politics
0

Minister for Gender, Children and Social protection, Sarah Adwoa Safo has been sacked from her role by President Nana Akufo-Addo.

A statement signed by the Director of Communications at the Presidency, Eugene Arhin said the President in accordance with article 81 (a) of the constitution revoked the appointment of Adwoa Safo, who is also Member of Parliament for Dome Kwabenya.

The decision by the President comes at a time when Parliament is debating her continuous stay in the house after absenting herself for more than 15 sitting days without approval from the Speaker of Parliament.

The Speaker of Parliament, Alban Bagbin, earlier today deferred his ruling on Adwoa Safo who has been cited for absenteeism.

At stake was whether the Dome Kwabenya seat would have been declared vacant after Adwoa Safo did not honour her summons by the Privileges Committee, which considered her absenteeism.

Speaking after a debate on the report by the Privileges Committee, Mr. Bagbin said he needed time to submit a written ruling.

Minister for Sanitation and Water Resources, Cecilia Abena Dapaah will continue to act as caretaker minister for the Gender Ministry until a substantive Minister is named by the President.

Below is a statement by the Presidency: 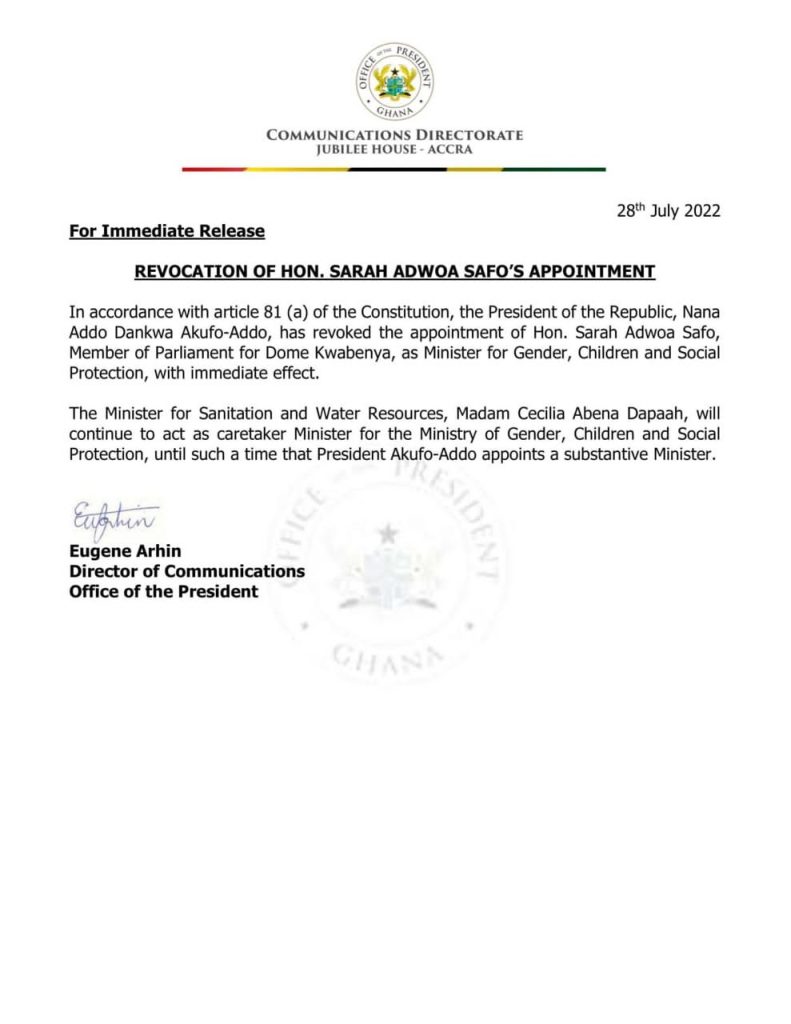